The game itself started out relatively well, the weather looked somewhat concerning but it was holding up well. Their media relations person gave me the brief rundown on where I could and could not shoot, but for the most part it fell into not interrupting the game and it would be fine.

This was my first time shooting a sports game, so there were some nerves about what shots I should be focusing on, where I would need to be, the normal stuff.

In terms of major issues that came up while shooting, there was a drastic shift in the weather when it began to hail suddenly along with the temperature dropping about 10 degrees. Due to not being properly prepared for the change, I was quite cold and had a difficult time keeping up with the game for parts of it.

A fellow photographer shooting for the Detroit Free Press, Mark A. Hicks (the website link on his business card is broken), offered me some tips for keeping up with the game along with a spare set of gloves. One of the main things he taught me was composing the shot based on the crowd attendance, by aiming the camera upwards if the stands are more full or trying to angle downward in the stands are empty.

Following the setup for the Sesquicentennial Celebration was fairly simple, I took pictures of the crew setting up the tent for the event along with students passing by. Due to the location, it inhibited many students from easily entering the student center and library as it blocked foot traffic heavily. 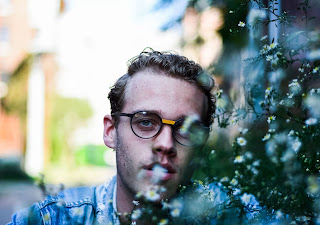